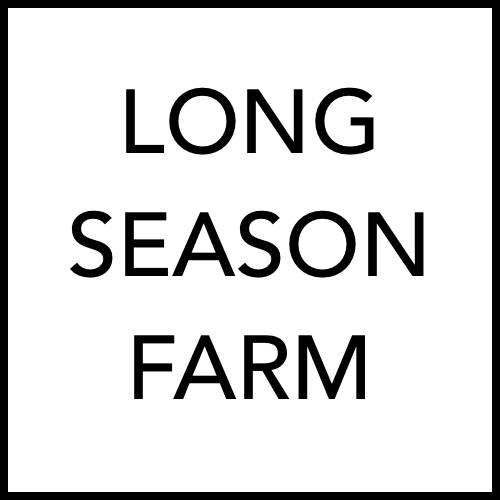 Though we grow winter squash in the summer and store it for the winter season, it has a sort of seasonality too. Each type we grow has peak flavor and storage qualities that we optimize by the time that we offer them.

About: These types of winter squash have the shortest storage potential generally speaking, though some have been known to last several months. The key to these is that the flavor is best with in the first few months after harvest. That’s why we only grow a small amount of these for the winter, because we know they won’t take us into January.

Cook: With the exception of the pie pumpkin, these varieties are best roasted and eaten like a vegetable, either on their own, stuffed, or sliced into rounds and added to mixed vegetable roasts. It is a matter of preference, but the skin is edible, so you can eat it.

The sugar pie pumpkins can be roasted as halves our whole, then peeled, and pure and used as pumpkin pie filling.

About: Kabochas a small, green squash with dense, sweet strange flesh that store modestly. Their flavor improves and becomes sweeter 2-3 months after harvest. We like to hold on to our kabochas until December for this reason.

Cook: Our favorite way to enjoy these is cut in half or into wedges and roasted, then eaten just like that! Its hard not to eat the entire squash that way. Their dry, dense texture also lends itself well to being braised, as it soaks up flavor and moisture like a sponge, yet holds it shape. The skin of these is also edible, and while we thoroughly enjoy it, it is a matter of taste.

About: Butternut squash have the longest storage potential and best flavor after a few months in storage. We grow more butternuts than anything, because they also prove to be the most versatile in the kitchen! The skin on butternuts is not considered edible, I also remove it before eating.

Cook: To make soup, pie filling, or puree, butternuts can be halved, seeded, and roasted. The flesh can then be scooped out. and pureed. (We freeze a lot of squash this way.) To use as a topping to pizza, salad, or pasta, or to use in risotto, I peel the squash with a vegetable peeler, the slice into 1/2 in rounds, deseed, then cube. The squash cubes can be tossed with oil and salt and roasted at 400 until golden. You can also prepare the cubes that way when making butternut squash risotto! We grow a petite variety of butternut called Honeynut. It is personal sized, but packs as much sweetness as a standard butternut, and has slightly drier flesh. Because of the high quality and superior flavor, I recommend halving these, scooping out the seeds, coating with a little oil and salt, roasting until golden and then eating the sweet cooked flesh with a spoon. Its like pudding!